ONE IN A MILLION 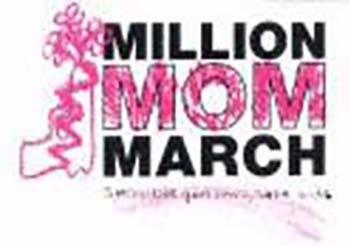 ONE IN A MILLION

One in a Million is the story of a mom’s journey from the shock and grief of losing her son to gun violence to taking action and making a difference. Educating herself about the issues, overcoming her shyness about speaking out, Mary Leigh Blek joined with hundreds of thousands of moms — building a movement for “sensible gun laws, safe kids.”

A Letter from Mark Freeman
I’ve lost a family member to gun violence. And I have learned that a grass roots movements have the power to change laws and save lives. But how do we get the word out and amplify our voices? I think we learn from each other. As a filmmaker I know that our stories are powerful. They can change hearts and minds.

I volunteered to create One in a Million as my contribution to our efforts to make a difference. I found Mary Leigh Blek’s story a powerful personal inspiration.

Mary Leigh embarked on a path from private pain to public action. From testifying before Congress, to working directly with victims and organizing young people, Mary Leigh is one of a million everyday heros— committed, persistent, determined to make our kids safe from gun violence.

Despite her visible public role, Mary Leigh is by nature shy and modest. One of the hardest parts of making this documentary was persuading Mary Leigh to let me call attention to her and pursue her with camera, microphone and lights. After viewing the video I hope you’ll agree that she made the right decision.

Ordinary people working together can accomplish the extraordinary.

“We will make a difference.” Mary Leigh Blek One in a Million

Brown, Peter H. Outgunned: Up Against the NRA: the First Complete Insider Account of the Battle Over Gun Control.

Diaz, Tom. Making a Killing: The Business of Guns in America

Sugarmann, Josh. Every Handgun Is Aimed At You: The Case For Banning Handguns.